What happens when you’re Out of Control?

Note: leave a comment to be entered in the drawing. Giving away an ebook and a hot pink water bottle.
We all believe we’re in control of our lives. We control who we see, what we eat, to a great extent our activities. Even the people we interact with. But what happens when someone’s life is dumped into a mixer and set on spin cycle? When events happen around them? People react differently? Danger creeps in? Which one of us really knows how to handle that?
Dana Moretti thought she had a choke hold on her life. Ever since that day twenty five years ago when her sister Kylie was killed right next to her, when the child predator who’d taken them nearly killed her, she’d felt frozen inside. Even though her parents pulled up stakes and moved far away, the change of environment didn’t help Nor did all the years of counseling.
She’s become a successful writer of true crime books but she’s finally convinced that she’ll never get better psychologically unless she returns to the scene of the crime The predator was never caught, and from what little she gleaned the while thing was swept under the rug. The small town of High Ridge, Texas, could never believe one of its own had committed such a heinous crime.
Her arrival generates a lot of emotion. Resentment and hostility on the part of the population and a sudden rush of attraction between Dana and the hot hunky sheriff. She plods methodically along, trying to find as thread to pull that will unwind everything, when a new killing spree begins. Only Dana and the sheriff, Cole Landry, think it might be the predator again, someone people see in town every day who’s been living in their midst all this time.
That’s when things start spinning out of control for Dana. More bodies turn up, her rental is trashed, and what she feels for Cole scares her to death.

Reviews:
Here’s what reviewers had to say about Out of Control:
Out Of Control is a fast paced contemporary, romantic, suspense novel that will leave you wondering who the killer is in a town full of possible suspects. Ms. Holt leaves just enough clues to point at several characters and each time you interact with them within the pages of  Out Of Control you will probably get a little shiver at the back of your neck wondering.
Sizzling Hot Reviews
As one has come to expect from Desiree Holt, this is a powerful story that draws the reader in from the very first paragraph, with compelling characters, and fast-paced action.
Love Romances and More
One word for Desiree Holt’s Out of Control is beware. This is not your usual Desiree Holt book. It’s packed with death, suspense and murder with a sick, twisted killer that is still on the loose. It amazes me how a woman like Dana Moretti who has lived so much in her life can still be haunted by her past. What got to me in this book was not that it was filled with suspense and death, it’s the way Desiree Holt gets you into the book. I started reading this at midnight and couldn’t put it down for a second. I applaud Desiree Holt for creating a serial killer that even now still blows my mind away and how badly Dana just wanted to be normal like every other woman. The killer is still loose and the killings that occur in the book just prove how devious and clever Desiree Holt’s brain can become. This is not for a reader who thinks this is just a romance book. It’s far more than that for it is packed with murder, suspense and serial killer that will blow your mind. This is more than just a 5 angel book, it deserves an 11.
Fallen Angel Reviews
The scenes are well written, with compassion and feeling. The sex scenes are descriptive yet leave enough to the imagination to make them believable. Carrie/Dana is such an amazingly well written character with depth, feeling and believability. With everything that she has been through and all the baggage that she carries around with her also gives her the lovability factor. Cole is an amazing character always giving and supporting Dana through her time of self discovery allowing her to open up and live again. The twists and turns keep the reader captivated, while the characters make the reader feel everything that is happening. Put that with amazing writing and a great story-line and who wouldn’t want to read it.
Seriously Reviewed
Buy links:
Amazon: http://tinyurl.com/74v4fcd
Barnes & Noble: http://tinyurl.com/6vwempk
Also at The Wild Rose Press, All Romance eBooks, Bookstrand, Deisel, Fictionwise.
And be sure to follow me on Twitter @desireeholt and Facebook Desiree Holt

It’s not too early for Santa 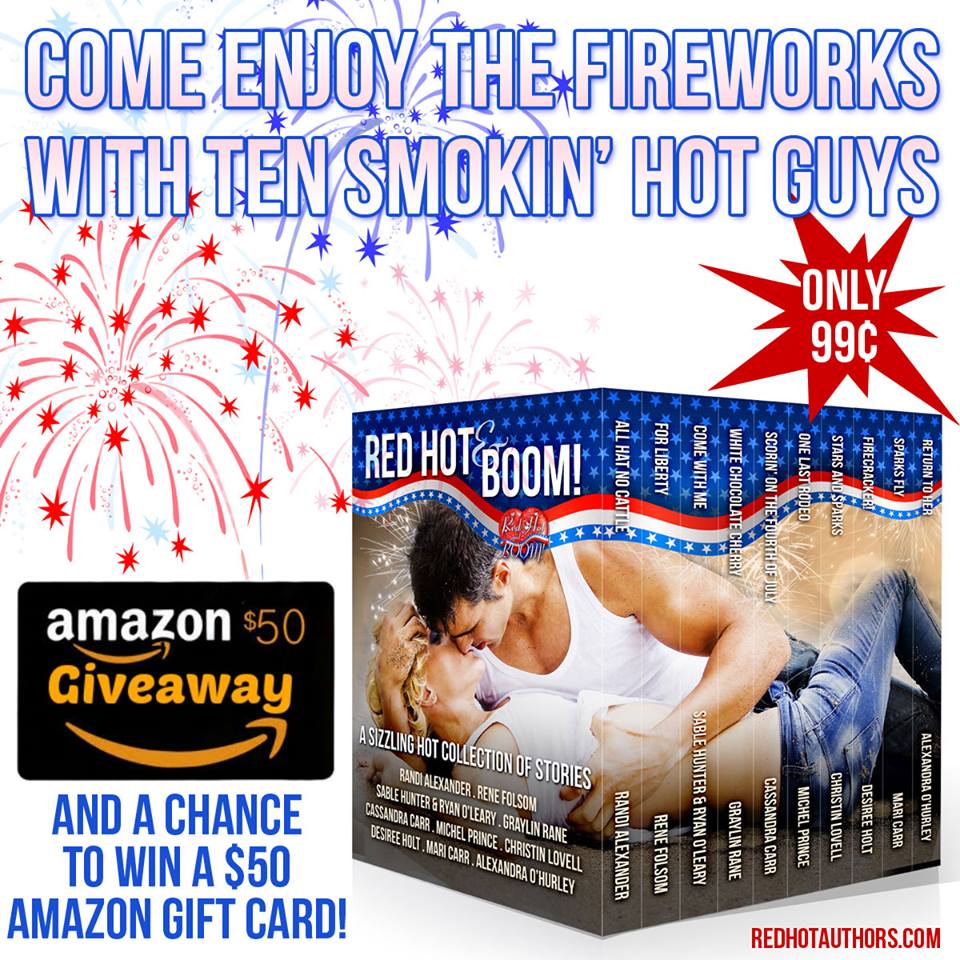 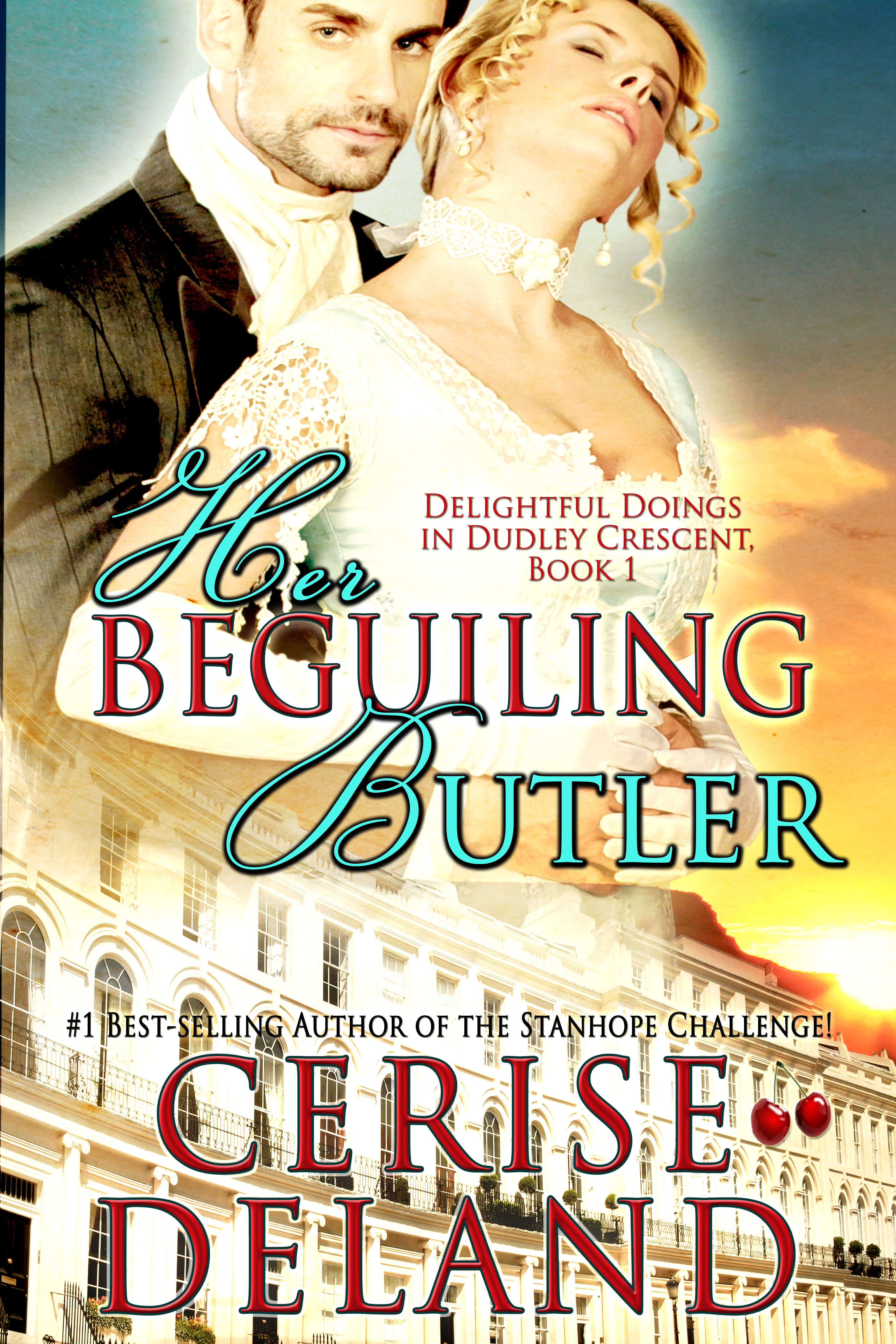 Where can you get a butler for 99 cents? And a hot collection for free?