Maggie Cole is back with a brand new series that you will love! I mean really!

IF YOU LIKE IT HOTTEr, COMEBACK TOMORROW FOR THE FLAMING VERSION!

THE FABULOUS MAGGIE COLE APPEALS TO ALL AUDIENCES!

He warned her what would happen if she didn’t stay away. She didn’t listen.

Rough, dirty brutes aren’t Faith Miller’s type, especially when they ride a Harley and treat her with the manners of a caveman… or at least that’s what she thought before she met Hunter.

He told her what he would do to her if she came near him again. He warned her that next time he wouldn’t hold back and he wouldn’t be gentle. Faith didn’t believe him… or maybe she did.

Now, with her panties torn off and her face pressed into the sofa cushions as the first searing stroke of his belt lands on her already burning hot bottom, Faith knows she is in deep trouble. But with the evidence of her body’s shameful surrender dripping down her bare thighs, will she plead for mercy, or will she beg him to mount her, claim her, and rut her like a savage beast?

She’d escaped for the moment, but she had no doubt Ford would be after her when the film ended. As the lights dimmed she searched for an answer, and realized there was only one way to avoid him. The movie began. She allowed herself the pleasure of enjoying the exciting thriller, but the moment the credits began to roll she hurried through the dark auditorium to the exit. Taking a relieved breath, she slipped into the brightly lit lobby.

Ford was already lingering near the front doors.

She darted into the ladies room, determined to stay there until everyone had left—including him. Many women came and went, and when the noise from the lobby had quieted, she cracked open the door. A young man was busy vacuuming, and a girl was cleaning the refreshments counter. Tired and relieved, she moved through the theatre and stepped outside. The cold air nipped her skin, the ground shone from a rain shower, and the empty parking lot felt ominous, but there was no sign of Ford or his Porsche. Walking quickly towards her car, she began rummaging in her bag for the keys.

“Shit,” she muttered, glancing down as she fumbled in the semi-dark. “Where the hell are they?”

Before she could respond, he grabbed her arm, jerked her around and snatched her bag.

“For pity’s sake, what are you doing?” she demanded, though her heart was racing. “Give that back to me.”

“You’re way too uptight,” he sniggered. “You can relax while I drive your car!”

“I don’t think so, and where’s the Porsche?”

“Parked around the side of the theatre.”

“Why do you think, you stupid bitch?” he barked, suddenly scowling. “In case you didn’t hear me the first time, you and I are leaving  in your car.”

“Ford, stop this! Your masterly act does nothing for me,” she exclaimed, trying to sound unafraid as she attempted to control her panic. “I’m not going anywhere with you, not in my car or in yours.”

But his eyes suddenly darted up. He froze, but only for a moment, then uttering a short, sharp cry he abruptly released her arm, dropped her bag, and began staggering backwards.

A deep growl cut her off. Slowly turning around, her heart beating wildly, she spied a huge black dog. It’s body low and his fangs bared, it was walking towards them, but she quickly realized its eyes were focused on Ford.

His piteous plea had no affect. The creature lunged forward, sank its teeth into Ford’s calf, then jumped back, snarling viciously. Hobbling away as fast as his bleeding leg would allow, Ford continued to blubber his promises.

The dog turned to face her.

Though trembling from head to foot, and afraid she’d be next, she forced herself to stay still, but to her surprise and enormous relief the dog sat down and lifted its paw.

The enemy was hiding in plain sight… 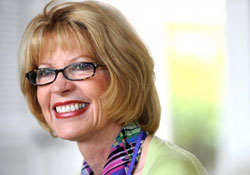 Could she give him her unconditional surrender?